Was the real Socrates more worldly and amorous than we knew?

Socrates is widely considered to be the founding figure of Western philosophy, a thinker whose ideas, transmitted by the extensive writings of his devoted follower Plato, have shaped thinking for more than 2,000 years. For better or worse, wrote the Classical scholar Diskin Clay in Platonic Questions (2000), Plato’s Socrates is our Socrates. The enduring image of Socrates that comes from Plato is of a man of humble background, little education, few means and unappealing looks, who became a brilliant and disputatious philosopher married to an argumentative woman called Xanthippe. Both Plato and Xenophon, Socrates? other principal biographer, were born 424 BCE, so they knew Socrates (born 469BCE) only as an old man. Keen to defend his reputation from the charges of introducing new kinds of gods and corrupting young men on which he was eventually brought to trial and executed, they painted a picture of Socrates in late middle age as a pious teacher and unremitting ethical thinker, a man committed to shunning bodily pleasures for higher educational purposes.

Yet this clearly idealised picture of Socrates is not the whole story, and it gives us no indication of the genesis of his ideas. Plato?s pupil Aristotle and other Ancient writers provide us with correctives to the Platonic Socrates. For instance, Aristotle?s followers Aristoxenus and Clearchus of Soli preserve biographical snippets that they might have known from their teacher. From them we learn that Socrates in his teens was intimate with a distinguished older philosopher, Archelaus; that he married more than once, the first time to an aristocratic woman called Myrto, with whom he had two sons; and that he had an affair with Aspasia of Miletus, the clever and influential woman who was later to become the partner of Pericles, a leading citizen of Athens.

If these statements are to be believed, a different Socrates emerges: that of a highly placed young Athenian, whose personal experiences within an elevated milieu inspired him to embark on a new style of philosophy that was to change the way people thought ever afterwards. But can we trust these later authors? How could writers two or more generations removed from Socrates? own time have felt entitled to contradict Plato? One answer is that Aristotle might have derived some information from Plato in person, rather than from his writings, and passed this on to his pupils; another is that, as a member of Plato?s Academy for 20 years, Aristotle might have known that Plato had elided certain facts to defend Socrates? reputation; a third is that the later authors had access to further sources (oral and written) other than Plato, which they considered to be reliable.

Plato’s Socrates is an eccentric. Socrates claimed to have heard voices in his head from youth, and is described as standing still in public places for long stretches of time, deep in thought. Plato notes these phenomena without comment, accepting Socrates own description of the voices as his divine sign, and reporting on his awe-inspiring ability to meditate for hours on end. Aristotle, the son of a doctor, took a more medical approach: he suggested that Socrates (along with other thinkers) suffered from a medical condition he calls melancholy. Recent medical investigators have agreed, speculating that Socrates behaviour was consistent with a medical condition known as catalepsy. Such a condition might well have made Socrates feel estranged from his peers in early life, encouraging him to embark on a different kind of lifestyle.

If the received picture of Socrates’ life and personality merits reconsideration, what about his thought? Aristotle makes clear in his Metaphysics that Plato misrepresented Socrates regarding the so-called Theory of Forms:

Socrates concerned himself with ethics, neglecting the natural world but seeking the universal in ethical matters, and he was the first to insist on definitions. Plato took over this doctrine, but argued that what was universal applied not to objects of sense but to entities of another kind. He thought a single description could not define things that are perceived, since such things are always changing. Unchanging entities he called Forms.

Aristotle himself had little sympathy for such otherwordly views. As a biologist and scientist, he was mainly concerned with the empirical investigation of the world. In his own writings he dismissed the Forms, replacing them with a logical account of universals and their particular instantiations. For him, Socrates was also a more down-to-earth thinker than Plato sought to depict.

Sources from late antiquity, such as the 5th-century CE Christian writers Theodoret of Cyrrhus and Cyril of Alexandria, state that Socrates was, at least as a younger man, a lover of both sexes. They corroborate occasional glimpses of an earthy Socrates in Plato’s own writings, such as in the dialogue Charmides where Socrates claims to be intensely aroused by the sight of a young man’s bare chest. However, the only partner of Socrates whom Plato names is Xanthippe; but since she was carrying a baby in her arms when Socrates was aged 70, it is unlikely they met more than a decade or so earlier, when Socrates was already in his 50s. Plato’s failure to mention the earlier aristocratic wife Myrto might be an attempt to minimise any perception that Socrates came from a relatively wealthy background with connections to high-ranking members of his community; it was largely because Socrates was believed to be associated with the antidemocratic aristocrats who took power in Athens that he was put on trial and executed in 399 BCE.

Aristotle’s testimony, therefore, is a valuable reminder that the picture of Socrates bequeathed by Plato should not be accepted uncritically. Above all, if Socrates at some point in his early manhood became the companion of Aspasia, a woman famous as an instructor of eloquence and relationship counsellor, it potentially changes our understanding not only of Socrates early life, but of the formation of his philosophical ideas. He is famous for saying: «All I know is that I know nothing.» But the one thing he claims, in Plato?s Symposium, that he does know about, is love, which he learned about from a clever woman. Might that woman have been Aspasia, once his beloved companion? The real Socrates must remain elusive but, in the statements of Aristotle, Aristoxenus and Clearchus of Soli, we get intriguing glimpses of a different Socrates from the one portrayed so eloquently in Plato?s writings.

For more from Armand D’Angour and his extraordinary research bringing the music of Ancient Greece to life, see this Video and read this Idea.

This article was originally published at Aeon and has been republished under Creative Commons. 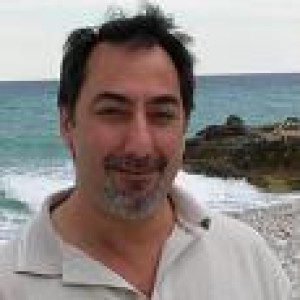